Shashi Solluna has been immersed into Tantra since the year 2000, and teaching for over 15 years. After starting her spiritual path as a celibate Buddhist, discovering Tantra completely turned her world around! To find out that there was a way to embrace desire and yet still open to spirituality was revolutionary, and hence she immersed herself into this path ever since!

She has trained in Taoist Sexual Arts (lived with Master Mantak Chia for 2 years full time in his house, studying and wrote a book with him), Osho Tantra (with Ma Anand Sarita, Margot Anand, John Hawken and at Pune Osho Resort where she lived for 2 years), Tantric Yoga (Agama Yoga) and Tantric Bodywork (several different trainings).

Shashi is the author of the Hay House book, Tantra Made Easy. Filmmaker of Sex to Spirit and Tantra Lovers. And has a big online presence. She teaches at Tantra Festivals worldwide. She runs teacher trainings twice a year.
​
Several years ago she felt that certain boundaries in the Tantra scene were questionable and so she decided to focus more on Couples' Retreats than on any singles' tantra, and has been joyfully fulfilling that with Shahid her beloved, as well as several other co-teachers. 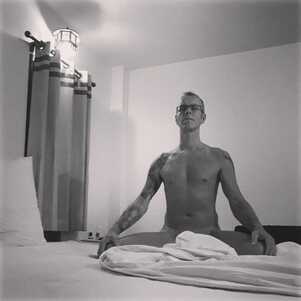 Shahid entered the world of Tantra with a (previous) long-term partner, who explored it as a couple. As well as Tantric retreats, they both trained in Tantric Bodywork. So Shahid has trained in Tantra Massage in a two-year training, and then a deep dive immersive training with John  Hawkin. He has worked professionally offering Tantric Bodywork, as well as teaching at festivals.

For several years Shahid has runs a men's group in The Netherlands. He also had a lot of involvement at the Hieros Gamos Festival several times. This festival separates men and women for two days and then unites them again. Shahid was teaching mens' groups, mixed groups and also co-organizing this event.

Currently, Shahid is training for two years with Ma Anand Sarita as a Tantra Teacher, empowering him to bring even more material to the couples retreats with his beloved Shashi.